Last but certainly not least.  The wood element is the child of water and the mother of fire in the five element system.  Wood provides the heat to spark the fire and unless water is in balance to keep it in check, it will rage and generate a lot of energy.  We all know people who are wood.  He is the boss that will motivate you to reach new levels in one minute and take you to your knees in humiliation the next.  She is the type A personality that forges new pathways and the lady that screams at people when they don’t get their way.  They are all about control. 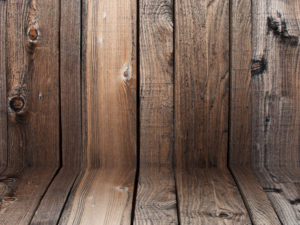 The Rottweiler with bad skin and stinky ears and the Siamese that will chase the other cats out of the room because one of them got too close to the food bowl are wood personalities.  They are the General Pattons of the animal world.  Springtime is the season for wood element when life begins anew and there is fresh, expansive energy for new and exciting things.  The balanced wood element is the mover and shaker and will guide you to new beginnings.

The yin organ of wood is the liver and in Chinese medicine, the liver has several functions, but the most important is controlling proper movement of qi and blood.  My old acupuncture teacher described the liver as the “smooth operator.”  When the liver is in balance, there is plenty of circulating energy and blood to provide the body with all of its needs, but when out of balance, movement of energy might become sluggish causing pain or reverse itself causing vomiting or coughing.

Liver also stores blood and when liver is out of balance, blood deficiencies can occur, and blood deficiency is the precursor for most cancers.  If your pet is a wood personality animal that is out of balance and not corrected, cancer is often in its forecast.  When blood is deficient and is not moving properly due to liver imbalance, it becomes sluggish, referred to as blood stasis.  Imagine a stream that slows down due to low water levels, forming ponds of water stagnation.  Blood stagnation, the final process of liver blood deficiency is what forms tumors.

Chronic pain always has a liver component.  The Chinese say that pain is caused by stuck qi and blood, caused by liver not moving them properly.  To relieve the pain, the wise practitioner will move qi and blood through the involved acupuncture meridians as well as activate points that will balance liver.

The external manifestation of liver are the eyes and most eye problems have an imbalanced liver as a component of the problem.  Jaundice babies are a good example.  These babies, who have turned yellow due to liver disease, are treated with light therapy shined in their eyes.  Out of balance liver will often result in blood shot eyes, conjunctivitis and “dry eye” in dogs.  Vision loss is usually the result of chronic liver imbalance.

Liver controls the sinews, meaning the ligaments, tendons and connective tissues.  When liver blood is deficient, these tissues become dry and brittle causing pain and muscle tremors.  Most dogs that tear their cruciate ligaments in their knees have liver blood deficiency causing the ligament to dry and fray, much like a multifilament chord fraying until it tears.  The toe nails are considered an extension of the sinews and liver blood deficiencies will cause the toe nails to become brittle and break easily.

Liver is the grandfather of spleen/pancreas and is responsible for its control.  When liver is imbalanced, the spleen is dramatically influenced, often causing irritable bowel syndrome.

Liver, when not moistened by balanced kidney or deficient in blood, will often become over-active producing an abundance of liver yang.  Yang, is heat and will rise to the head, and is often the cause of ear infections.  When liver is deficient in blood, the vessels fill with internal wind causing tremors, ticks and seizures.  Itching is caused by liver wind as well.

All forms of aggression in both dog and cat (as well as human) is due to imbalanced liver as the emotion associated with liver is anger.  The cat that strikes out at you when upset or the dog that tries to bite when fearful or aggravated have liver imbalance.

I once had a lovely family bring their old West Highland Terrier into my office for a second opinion because it had started becoming aggressive towards the kids.  This little fellow had been a part of the family longer than the children and never had shown any aggressive tendencies.  Suddenly, he became aggressive when he didn’t get his way and had bitten a child more than once.

Their regular vet had him taking Prozac and some behavior counterconditioning techniques, but nothing was working.  The couple was devastated in accepting that their little dog would likely have to be put to sleep.  I gave him an Chinese medicine examination and it was obvious that his liver was out of balance.  A few acupuncture treatments and some liver balancing herbs had the little fellow back to his old self and the aggression stopped.

Here in the west, we do not usually focus on cleansing out livers (or our pet’s liver).  The liver is the digestive organ responsible for detoxifying and storing and over the years, the impurities will clog the liver and it becomes sluggish.  We must become more active to help the liver by detoxification techniques and diet regulation.  Liver does not like processed food and this a major health implication when feeding heat-processed pet food to dogs and cats. Adding beets, carrots or mustard greens to a fresh, wholesome diet can benefit the liver.  Herbs like turmeric, black pepper, basil and dill keep the liver health and herbs that cleanse the unhealthy liver are dandelion, milk thistle and Oregon grape root.  Lettuce, cucumber, seaweeds and celery will also help detox the liver.

One sure fire way to tell if your pet has imbalanced liver is consistently waking up during the night between 1am and 3am.  Often, clients tell me that their dog gets them up during these times in order to go outside.  These hours are the times that the energy is flowing through the liver meridian according to the circadian clock.  These pets wake up, ready for the day, like setting an internal alarm clock.

In my experience, wood element individuals are extremely sensitive to environmental energies.  Their caretakers often tell me that they are very sensitive to the emotions in the household.  Often, I will see a wood element pet for a problem and get it resolved only to have them come back later with a return to the original problem.  When I investigate the cause, it is often due to stressful energy in the home environment.  Perhaps the couple is having relationship problems with anger and frustration.  The energetic emotions interact with the energy of the wood individual, setting up the potential for recurrence of the physical disease.

To keep the wood element in balance, feed a wholesome, non-processed diet, eliminate all toxic chemicals in the environment, do not put pesticides in the way of flea and tick control on the pet, detox the liver twice a year with liver cleansing herbs and fasting and keep the emotional, stressful energy in the home environment to a minimum.  This might require that the pet caretaker learn methods for grounding such as meditation or yoga.

This is the final part of the series on the five element system.  Try to determine which element your pet falls into.  Research how to keep your pet in balance and what to do to restore balance when it occurs.  It is much easier to prevent illness than to restore health once disease is present.  Knowing the five element system can help you do this.

What about you? Do you have a pet associated with the wood element?  Leave a comment below and let me know.