I was taught in veterinary school that in order to know what is wrong with the body, I must first know what is normal for the body.  The first couple of years in school, we focused on the anatomy and physiology of the animal body to get a clear picture of what was normal, both in structure and in function.  After that, we moved into what could go wrong with the body and what it would take to get it back to our predetermined normal.  Little did I know that what I learned as normal was just the tip of the iceberg. 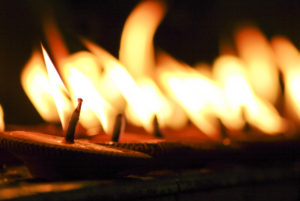 Just yesterday, in my office, I worked with a middle-aged Labrador Retriever that her caretaker described as a “couch potato.”  I also worked with a confident cat that let you know in any moment who was in control.  Then, there was a little Terrier that came in with sun glasses on, happy to get all the attention it could.

Those of us who have spent our lives with pets are acutely aware that pet’s have their own personality.  The same goes for people.  Have you ever tried to change someone’s personality?  Not going to happen. I often say to my clients that you can’t make a General Patten into a Mother Theresa, no matter how hard you try.  But, we need all types of personalities for life to function properly.  I don’t want General Patton doing my taxes and I sure don’t want my accountant leading my army into battle. To me, if we are to understand health care, we must include the personality type and how it influences the health of the individual.

In other parts of the world, where health care has been a concern for thousands of years, their cultures begin their focus by establishing divisions of personality types and how this influences their health.  The entire health care system is based on determining the individual’s personality type and how best to keep that personality type in balance; body, mind and spirit.  In India, the traditional health care system is called Ayurveda.  Each individual type falls into one of three groups referred to as a Dosha.  When an individual knows his or her Dosha, they know what foods, teas, and so on will best keep them in balance.  Their markets are divided into these Dosha categories, making it easy to shop for healthy products.  In China and throughout the far east, their traditional Chinese medicine categorizes each individual personality into one of five groups referred to as the Five Element System.

Once an individual determines his or her element, they can focus on what it will take to stay in balance, what will likely contribute to getting out of balance and if they do get out of balance, what will likely happen to their health.  This categorization is quite accurate and easy to predict.  Each of the five elements has its own description of personality characteristics, emotions that dominate, physical characteristics, strengths and weaknesses, seasonal influences, what nutrition is best for that individual and what factors will likely lead to imbalance and poor health.

In this series of blogs, I will briefly go over each of the five elements and their characteristics.  I would suggest that if you are interested in you or your pet’s health, you might want to identify what element you and your pet fall into and then research the best ways to re-establish balance to prevent disease.

Although I don’t work on people, it is easy to describe the characteristics of the fire element in both people and pets.  These individuals are the life of the party.  They are social creatures and enjoy being the center of attention.  One of my dogs, Charlie, is a fire element.  She has an exuberance of energy, playful all the time and if I give attention to the other dog, she quickly inserts herself between she and I and demands that I focus on her.

When clients ask me about human characteristics, I tell them to think about the head cheerleader in high school.  Most likely, she was a fire element.  Most people can conceptualize this personality.  Lots of energy, lots of affection, loves everyone and is a true joy to be around.

The fire element, as would be expected, is driven by the heart, which is the organ that is in control of this element. It is not hard to imagine that the emotion associated with the fire element is joy as we have all experienced a feeling in the center of our chest when we are experiencing a joyful event.  Think about a beloved pet or child and you can feel an opening of your heart energy.  This is why we like being around fire element individuals.  They lift us emotionally just by experiencing their energy.

The heart houses shen, which is what the Chinese refer to as a peaceful and joyful state of being.  When heart element is out of balance, shen becomes imbalanced and it is expressed as mania.  The once joyful individual becomes hyper-excitable and often experiences panic attacks.  If heart energy becomes deficient, apathy often occurs and life is no longer joyful.  Sleep is disturbed and in time, clinical disease associated with the heart or vascular system often occurs.  This is why people who have had open-heart surgery often describe a sense of sorrow and sadness after the surgery.  This is an expression of imbalanced shen.

The heart is the yin organ of the fire element and the small intestine is the yang organ.  Heart element imbalance can often lead to diseases associated with the upper small intestine.  We can all identify with how easily nervousness can lead to diarrhea.  When I was a large animal veterinarian, years ago, whenever I would force a cow into a confined area for an examination, it would always give me the gift of a runny diarrhea to deal with as the result of my stressing her.  The Chinese describe the small intestine function as one of separation from pure and impure, both from nutritional input as well as our conscious ability to determine which relationships are good or bad for us.  This can easily be described when we refer to gut-feelings about individuals.

The season associated with the Fire element is summer.  When a Fire element is in balance, the individual becomes alive, tuned into its outer surroundings, playful and joyful in a time of aliveness.  But, in order to keep our Fire element pet in balance, we must allow them time to rest, ground themselves and revitalize.  The taste associated with Fire is bitter, so we want to feed seasonal foods that are bitter such as kale,  spinach and Swiss chard.  The meat we feed should be cooling meat such as turkey, rabbit or pork.  Water input is critical for cooling the hot Fire element.  Feeding fresh, wholesome food that is high in water content is critical.  Avoid feeding dry kibble as it is low in water content and generates a lot of internal heat, leading to imbalance and disease.

Exercise is critical for the Fire element.  These pets must have regular exercise in order to balance the energy that is created by the Fire element individual.  These pets, if not allowed to release this energy, will show emotional distress such as anxiety, itching and scratching and destructive tendencies.  We must remember that pets don’t have the ability to sweat as well as people, so allowing the Fire element time to cool down after exercise is also critical, especially during the hot days of summer.

Fire element individuals, when imbalanced, will likely manifest emotional disturbances before physical disease.  Keep an eye on behavioral changes as they can give you an early indication of a problem.  Don’t wait until serious physical disease such as heart problems occur.  Get in touch with your holistic vet so that she can help you restore balance and prevent further problems.  These individuals offer us so much joy and happiness.  They deserve to stay healthy.

Next time, I will move to the next element in the cycle of the Five Elements, Earth.  Until then leave me a comment about YOUR pet.  Do you have a fire element pet?  I would love to hear how that infuse your world with joy, just like my dog Charlie.

The five elements: Earth
Mind Games at the Vet